Preparing for my Exchange Surgery

Mid-February put me 3 months post-surgery after my double-mastectomies and first portion of breast re-construction.   I had a meeting with my plastic surgeon to check on how everything had settled and begin talking about the next (and hopefully final) phase -- exchange surgery, which has been scheduled for this Monday, March 1st.*

*It's worth noting there, that my initial ultrasound and mammogram was March 2nd, 2020, so this final step will happen *just* under a full year from the time we first started this process.  This ain't no boob job... 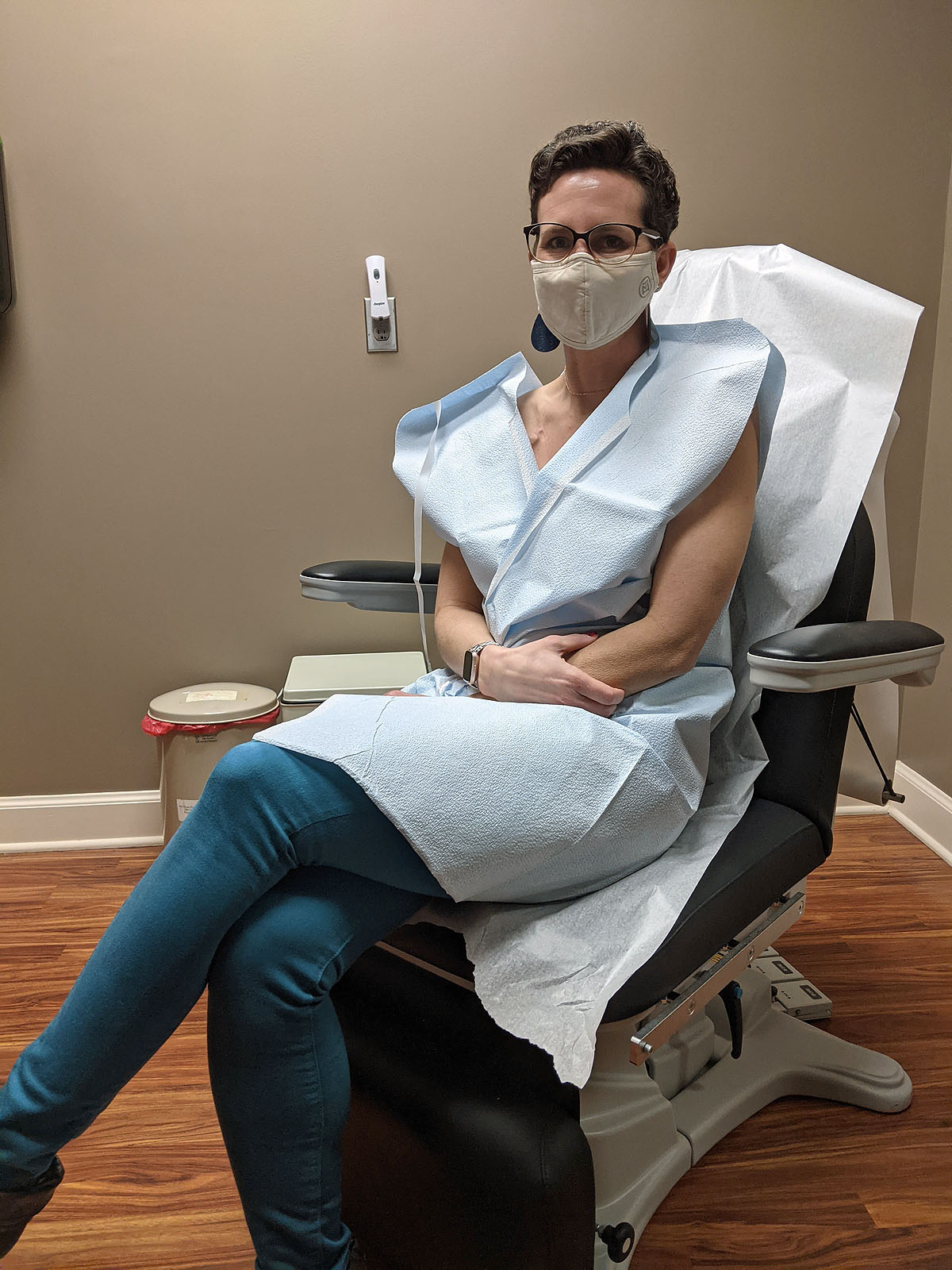 The next surgery is called an "exchange" surgery because they will be exchanging the strange-feeling and looking, hard as rocks tissue expanders with silicone implants that they assure me will look and feel much more natural.

In addition to the implant exchange, my surgeon will be removing my port (YAY--while I was glad to have it, I won't miss looking at that bizzare contraption!)  and doing something called fat graphting.  He calls the fat graphting "photoshopping", but as a regular user of Photoshop, I KNOW that digitally photoshopping is NOT the same as having fat sucked out of one portion of your body and inserted into another.  Photoshopping doesn't hurt. But, I get his point, and it does help explain WHY he's doing it.  Since I won't have breast tissue above my implants, they can take fat from another area of my body (my lower back "love handles", in my case) and insert it into the layers of skin above the implants to soften the edges of the implants under my skin and make my constructed breasts look more natural and less like they're just two half softballs stuck to my chest.

I'm skeptical about the benefits of fat graphting vs. the pain in recovery and bruising and compression gear required for several weeks afterward, especially since I've been told it may take several separate attempts at the fat grafting for it to "stick".  A large percentage of the fat moved often doesn't "take" and re-absorbes into your body. But, for this surgery, since I'll already be put under and have forced recovery time, I figured it was worth an effort if he thinks that will help it have a better finished result. I gotta trust him.  He's the pro.

I was very glad he didn't ask me to gain a bunch of weight before the surgery.  I was just hitting my stride with 5 good HIIT workouts a week.  I did eat plenty of Edgars orange rolls though over the past couple of weeks, because why not? 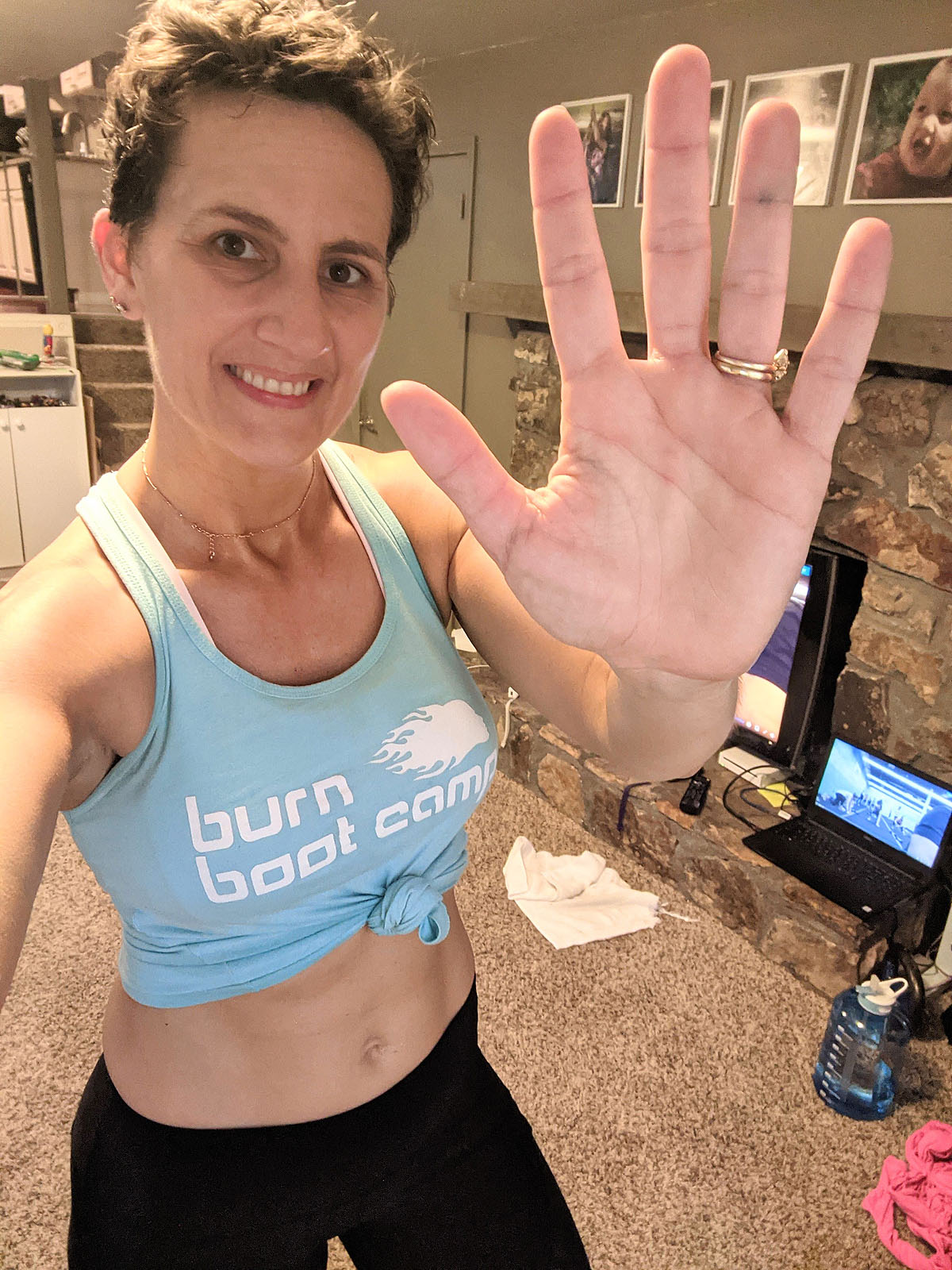 Over the past 3 months, I have VERY much enjoyed getting back to full functionality, and I'm not looking forward to another 4-6 weeks of sitting still and recovering.  But I am VERY thankful to be knocking out the next, and hopefully last, big step in this cancer treatment journey.

I've spent the last week getting ready to be out of commission again for a while, and while I definitely have some anxiety about going through another surgery and recovery, this is a WHOLE different ballgame.  At the end of this surgery's recovery, I should look better, not worse (which was definitely the feeling after my port insertion and double-mastecomy surgeries.)  There's not a fear of what the pathology will say, and it doesn't even feel that "cancer-related."  It's also the last step in a LONG list of steps that I've been going through one at a time over the past year, which feels pretty good. 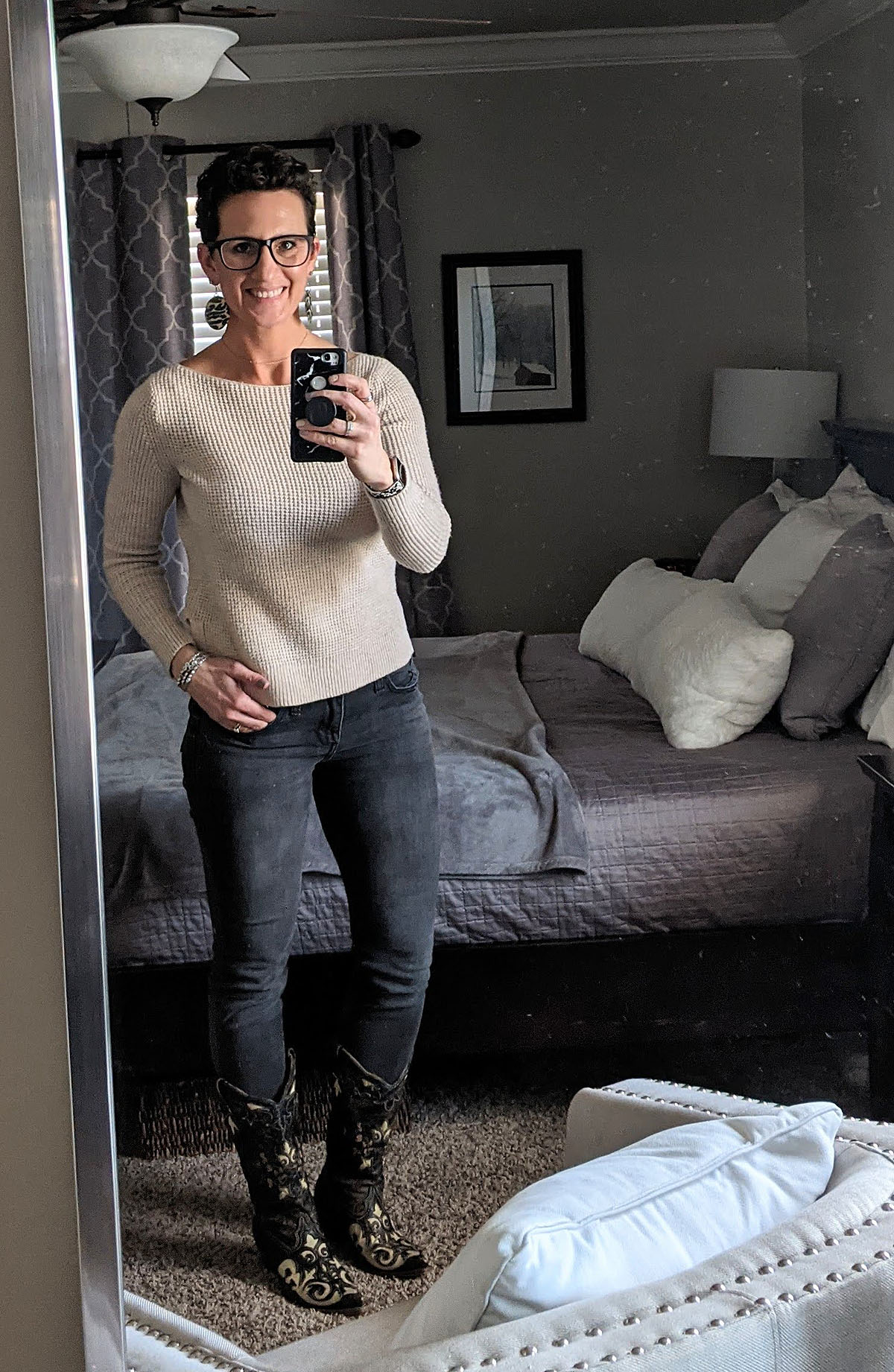 The way I see it, I've made it through all of that, so I can surely get through this too.  Here we go...

You look beautiful! You remain in my prayers. I’m sorry I haven’t told you that very often but you were there even this morning. They will continue as you go into this surgery and recovery. As you said, I’m sure this will feel like a setback but it’s a celebratory time. Hopefully this is the last surgery and this recovery time will be easy and uncomplicated. You’ve worked hard, you’ve prepared, and you’re ready for this. So hang in there! You go girl!!! So proud of you and happy for you! Praising God for you!❤️

Friends & Family - I post family updates a couple of times a week on the private portion of my blog.  If you can't see those posts, you can log in here.

Curly Girl Method - Before and After